In 1969 blacksmith Alfons Holmer takes over his father's small workshop in Eggmühl, Bavaria. In 1974 the first 6-row self-propelled Holmer sugar beet harvester is built there in cooperation with the sugar refinery Südzucker and a newly founded harvesting association of farmers nearby. The system of harvesting sugar beets with the lifter in front of the first axle has today established itself with all major manufacturers.

The classic, built from 1992 to 1996, is the first sugar beet harvester in the world to be built in serial-production. In 1996 the Terra Dos model with crab steering mode follows. In 2009, the single row depth control was introduced for the HR lifting unit, which was automated in 2014 with the patented EasyLift system.

The 4,000 HOLMER sugar beet harvester is a Terra Dos T4 with a 12-row HR 12 lifting unit, painted white with black accents. The interior of the cabin is also adapted to the color scheme. The black Terra Dos lettering is a reminiscence of the first Terra Dos machines.

The Terra Dos T4 with the no. 4,000 has numerous new series features which will be presented at Agritechnica in Hanover: 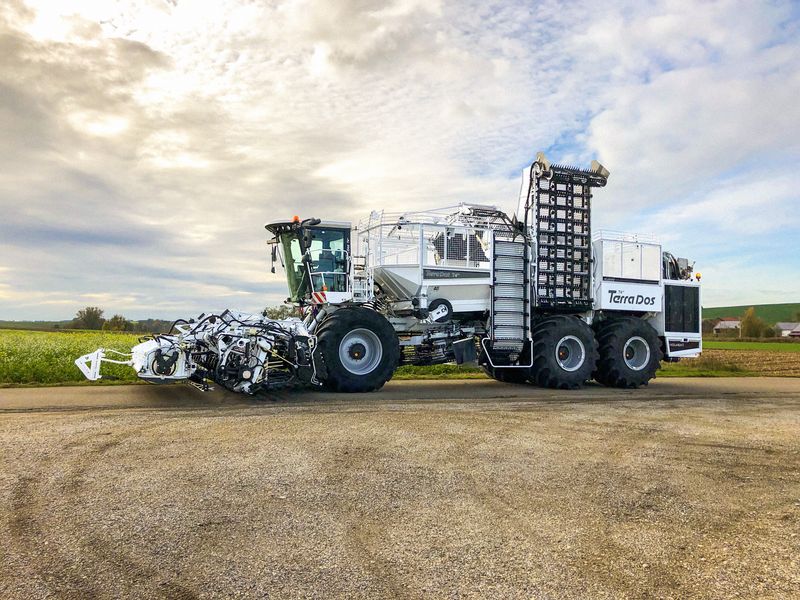